A Couple of Things...

If you are participating in the Countdown to Halloween, are on Blogger and have the Followers widget, let me know. I want to follow your blog.

Check out my Halloween Playlist in the sidebar. You can listen to some spooky tunes while surfing all of the Halloween blogs. 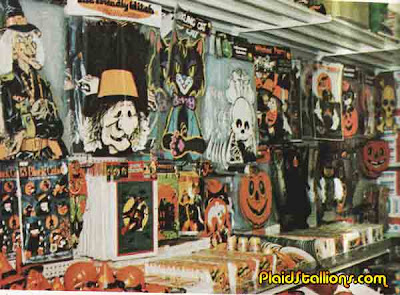 I borrowed the picture above from Plaid Stallions. It shows a Lionel store with a wall of Beistle Halloween decorations from 1973. We hung up that witch in the upper left corner every year when I was a kid. Does anyone know where I can find one or at least a good picture of it?

Make sure you check out the Countdown to Halloween blog on October 1st to see the complete list of participating blogs. Click below --

Email ThisBlogThis!Share to TwitterShare to FacebookShare to Pinterest
Labels: halloween

It's almost time for the COUNTDOWN TO HALLOWEEN! Beginning October 1st it'll be all Halloween, every day for the 31 days of October. I hope I can make it this year. I've already got about half of the months posts ready to go.

John Rozum at JohnRozum.com
Shawn Robare at Branded in the 80s
Jon K at Jon's Random Acts of Geekery
Posted by Erick at 1:00 AM 1 comment: 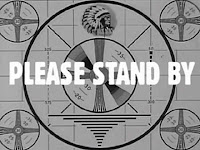 Are you a TV theme song geek? (I am) If you are too, let me know a few of your favorites in the comment section. I'll try to compile some of them into a compilation and post it sometime in November (after the October Halloween blogathon).

It could be anything from any era of television. Sit-com, cartoon, talk show, drama, game show, reality series, children's show or whatever you like.
Posted by Erick at 6:46 PM 7 comments: 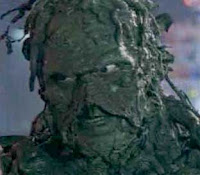 Durock, a journeyman actor and stuntman who appeared in more than 700 films and television shows, died last week at his home in Oak Park, Calif., after a long battle with pancreatic cancer. He was 72.

Dick Durock's early work included stunts for "The Beverly Hillbillies" and a bit part as "Guard #1" in an episode of "Star Trek." He would go on to do stunt work in hundreds of films and television shows, including "The Poseidon Adventure" and "A-Team," and act in hundreds more, including "The Rockford Files," "The Incredible Hulk," "Married with Children" and "Stand by Me."

But Dick Durock's most memorable work was as the DC Comics character Swamp Thing, a plant-like humanoid charged with protecting the natural world from the abuses of man.

Dick Durock was practically unrecognizable in the physically taxing role, which required him to don a heavy body suit and endure hours of makeup.

"At the end of the day you're wearing 80 pounds of wet latex," Dick Durock said in a 2008 interview for the Web site Mania.com, "plus all the chemicals on your face. It sure isn't sunglasses and autographs, I'll tell ya." 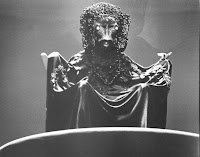 He was also the Imperious Leader from the original Battlestar Galactica.

Patrick Swayze died today after a long battle with cancer. He was 57.

Swayze was diagnosed with pancreatic cancer in January 2008. His publicist says he died with his family at his side. 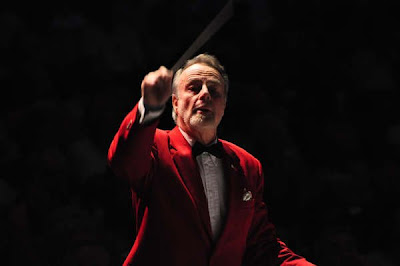 Erich Kunzel, 74, the American pops conductor and colorful showman who sold more than 10 million recordings and for nearly two decades provided the national Memorial Day and Fourth of July soundtracks with the concerts he led on the Capitol lawn, died Tuesday at a hospital near his home in Swan's Island, Maine. He had been diagnosed in April with liver, colon and pancreatic cancer.

Known as the "Prince of Pops," Mr. Kunzel had directed the Cincinnati Pops Orchestra since its founding in 1977 and led it to international fame. He built on the work of the late conductor Arthur Fiedler of the Boston Pops to bring orchestral music into the mainstream by leading symphonies in performances of crowd-pleasers ranging from Tchaikovsky's "1812 Overture" to the theme from "Star Wars."

"Orchestras began adding pops concerts to extend their seasons, . . . and they discovered two things," he told The Washington Post in 1979. "First, that a lot of people want this kind of music, and second, that there is money in it. These concerts are usually sold out. And the audiences get to hear and like the sound of a symphony orchestra -- some of them keep coming back to pops concerts and some become subscribers to the regular season."

As conductor of the Cincinnati Pops and guest conductor of many other orchestras, he stopped at nothing to make symphonic music appeal to large crowds. At a Halloween concert, he entered the stage in a coffin. For a Christmas performance, he asked audience members to come decked out in red and green. Symphonic composition was not, for him, the stuff of a rarefied world; it was music for flag-wavers, for passersby on summer nights when he offered free outdoor concerts in Cincinnati; for children. 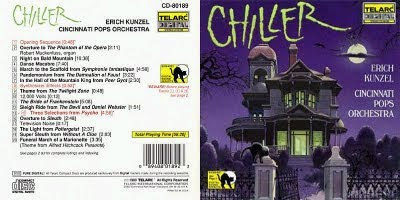 Download his album Chiller at Universal Horror Sounds. This is a great album for Halloween.
Posted by Erick at 8:07 PM 2 comments: