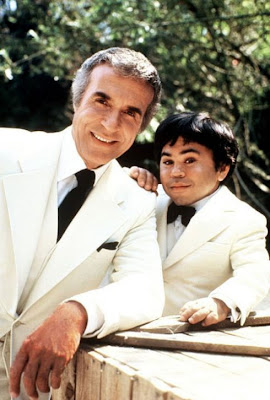 With mellifluous voice and distinctive Spanish accent, Montalban also stood out in US television folklore as a Chrysler sponsor in the 1970s when he advertised the Cordoba's "soft Corinthian leather" interior, much parodied by comics for years.

Montalban died at his home in Los Angeles, city councilman Eric Garcetti said. He did not provide a cause of death.

Montalban was wheelchair-bound and left with fragile health after a 1993 spinal operation, according to local press reports.

Born Ricardo Gonzalo Pedro Montalban Merino in Mexico City in 1920, Montalban appeared on numerous television shows including "Bonanza," "Star Trek," and "Hawaii Five-O," "The Man from U.N.C.L.E." and "The Virginian."

But it was his role from 1978 to 1984 as Mr. Roarke, master of "Fantasy Island," who could make every rich visitor's dream come true, that earned him the most accolades.

He is also remembered as the villain Khan Noonien Singh in the 1967 TV series "Star Trek," and played the same role in the 1982 film "Star Trek II: The Wrath of Khan."

Montalban, who remained a Mexican citizen by choice throughout his life, won an Emmy Award in 1978 and a Lifetime Achievement Award from the Screen Actors Guild in 1993.

In Hollywood, a few blocks from the Kodak Theater where the Oscars are awarded and the famous Chinese Theater, there is a film theater bearing Montalban's name where Hispanic films are usually shown.

Montalban's wife of 63 years, Georgiana Young, died in 2007. He is survived by four children.