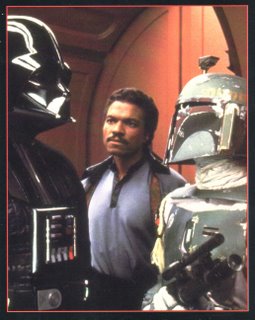 Is anyone else going to this show?
I'm mainly going to get Jeremy Bulloch's autograph. He played Boba Fett In 'The Empire Strikes Back' and 'Return Of The Jedi.' I have a photo of him as Boba from 'Empire' with Lando Calrissian and Darth Vader. It's already signed by David Prowse (Vader). Also, the guy who played Squid Head will be there. I'm a total Star Wars geek.

MAY THE FORCE BE WITH YOU!

Well, my birthday's over. Nothing too exciting happened. My brother gave me the Trivial Pursuit 90's edition and I talked my wife into buying me the Marvel Legends Monster action figure set. I went to some yard sales and Goodwill, bought myself some more junk. My wife and I went to Cracker Barrel for my birthday meal (they have their Halloween stuff out already). I had the fried chicken livers. Yum-O! And now I'm ending the day by watching the Hee Haw Weekend on CMT. 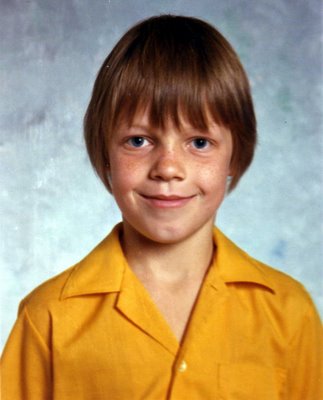 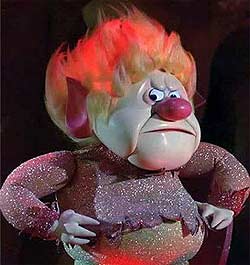 
I'm Mister Green Christmas
I'm Mister Sun
I'm Mister Heat Blister
I'm Mister Hundred and One
They call me Heat Miser,
What ever I touch
Starts to melt in my clutch
I'm too much!


They call me Heat Miser,
What ever I touch
Starts to melt in my clutch


Thank you!
I never want to see a day
That's under sixty degrees
I'd rather have it eighty,
Ninety, one hundred degrees!
(spoken)
Oh, some like it hot, but I like it
REALLY hot! Hee hee!


They call me Heat Miser,
What ever I touch
Starts to melt in my clutch
I'm too much!

The Year Without A Santa Claus Live-Action Remake 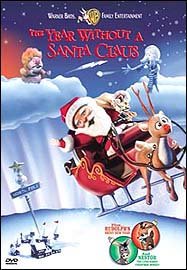 NBC is making a live-action version of the Rankin-Bass classic 'The Year Without A Santa Claus'. It will star John Goodman as Santa Claus. Click this link to read the story.

Does anyone else remember this? I remember thinking that it was really cool when I was a kid. It was shown as two TV movies in 1979. From imdb.com -

'The adventures of many of DC Comics greatest superheroes and villians. In the first episode, The Challenge, the superheroes must race against time to stop the diabolical supervillians' plot to destroy the world. In the second episode, The Roast, the superheroes pay tribute to Batman and Robin in the form of a roast which even the villians attend.' 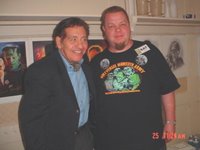 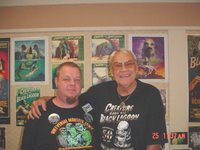 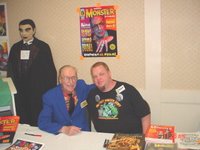 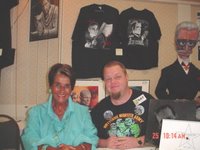 Every June there is a Monster Bash near Pittsburgh, PA. If you're a fan of classic monsters, such as Frankenstein, Dracula, Wolfman, Mummy, Creature From The Black Lagoon, Bride Of Frankenstein, Hunchback Of Notre Dame, Dr. Jeckyll & Mr. Hyde, King Kong and many others, this is the place for you. I've gone to the Bash the past two years and had a blast. I've met (and got autographs from) Forrest J. Ackerman, Sara Karloff, Basil Gogos, Bob Burns, Ben Chapman and Zacherley, The Cool Ghoul. This year also featured a really cool monster toy display from the Universal Monster Army. Check out my Flickr photos for more pictures from the past two Bashes.
Posted by Erick at 10:15 PM No comments:

I got the name for my blog from the old Sid & Marty Krofft show 'Wonderbug' (actually my brother suggested it). We were kids in the 70's and watched most of the Krofft shows. My favorites were 'Land Of The Lost' and 'Sigmund And The Sea Monsters.' They don't make 'em like that anymore. http://www.krofft.net/

Email ThisBlogThis!Share to TwitterShare to FacebookShare to Pinterest
Labels: krofft

I hope to start posting here real soon. I'm looking for interesting pictures, comics, cards, music and other stuff. Check back soon.
Posted by Erick at 11:31 PM No comments: