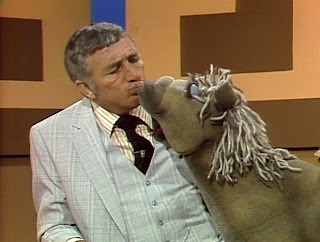 Richard Dawson, the legendary host of "Family Feud," has died from complications due to esophageal cancer ... this according to his son.

"It is with a very heavy heart that I inform you that my father passed away this evening from complications due to esophageal cancer. He was surrounded by his family. He was an amazing talent, a loving husband, a great dad, and a doting grandfather. He will be missed but always remembered..."

Dawson hosted "Feud" from 1976-1985, and then from 1994-1995. He was also famous for being a regular on "The Match Game" and for appearing in the classic Arnold Schwarzenegger action film "The Running Man." One of his biggest roles -- Dawson played Capt. Peter Newkirk on "Hogan's Heros," a wildly popular show in the 60's.

Dawson was married to Gretchen Johnson ... interesting fact -- he met her when she was part of a contestant family on The Feud and got hitched in 1991. Dawson was famous during the first run of the show for kissing all the female contestants -- he was known as "The Kissing Bandit." But in the second run, he kissed no one -- a promise he made to Gretchen.

Prior to Gretchen, Dawson was married to Diana Dors, a sex symbol back in the day. They had 2 sons.
Posted by Erick at 11:27 AM 1 comment: