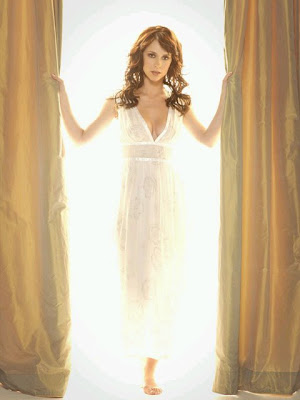 I have to admit that I am a fan of The Ghost Whisperer. The third season premier is Friday September 28 at 8pm et/pt.

Here's a synopsis of the show from the official website at CBS.com --

Melinda Gordon (Jennifer Love Hewitt) communicates with earthbound spirits, ghosts who cling to the living because they have unfinished business that prevents them from moving beyond the familiar plane of existence that we call life. Inspired in part by the work of famed medium James Van Praagh and of Mary Ann Winkowski, a real-life communicator with spirits, GHOST WHISPERER explores the spiritual side of life and death as Melinda navigates among the dead and the living in her sometimes chilling, sometimes heart-rending and sometimes amusing attempts to act as an intermediary between the ghosts and those they haunt. Jim (David Conrad), her husband, worries about the emotional toll this work is taking on his wife as they embark on a new life together. Melinda is somewhat reluctant to reveal her "gift" to new friend Delia Banks (Camryn Manheim), a single mom who lives in Grandview, fearing the consequences of drawing her into this "unconventional" world. For her part, Melinda accepts her unique abilities as a blessing and sometime a curse, but always helps her clients--alive or dead--find emotional closure.

This is the opening of the show from season 2 --
Posted by Erick at 2:41 AM No comments:

This article is from The New York Times.

Alice Ghostley, a Tony Award-winning actress who became known to television viewers for her roles as dizzy sidekicks on “Bewitched” and “Designing Women,” died yesterday at her home in Studio City, Calif. Her age was usually given as 81.

The cause was cancer, said a longtime friend, the actress Kaye Ballard, who said that she was actually about two years older.

Ms. Ghostley made more than 90 television appearances in a career that spanned six decades. She was a regular on the situation comedy “Bewitched” from 1966 through 1972, playing Esmeralda, a shy, bumbling witch whose spells never worked, who caused unintentional havoc whenever she sneezed and who turned invisible when she became nervous.

From 1986 through 1993, she played a more-than-usually wacky neighbor, Bernice Clifton, on the hit show “Designing Women.” In one episode, plastic surgery gone awry gives her a pig’s nose, which she wears with aplomb, then with mounting embarrassment until it is repaired. She also appeared in “Evening Shade,” “Love, American Style” and “Mayberry R.F.D.”.

While essentially a comic actress, she won a Tony for best supporting actress in 1965 for her performance in a drama, “The Sign in Sidney Brustein’s Window,” by Lorraine Hansberry, author of “A Raisin in the Sun.” Ms. Ghostley played the conventional sister of the show’s star, Rita Moreno.

Ms. Ghostley also received a Tony nomination in 1963 for her performance in “The Beauty Part,” a fantasy by S. J. Perelman.

Alice Margaret Ghostley was born in Eve, Mo. She first attracted notice in “New Faces of 1952,” one in a series of Broadway revues staged by the producer Leonard Sillman; that edition helped start the careers of Paul Lynde, Eartha Kitt and Carol Lawrence. Ms. Ghostley’s big moment was her rendering of the song “The Boston Beguine,” a sendup of proper Bostonians.

She is survived by her sister, Gladys. Her husband, the actor Felice Orlandi, died in 2003.

Ms. Ghostley appeared in 30 films, including “To Kill a Mockingbird” and “The Graduate.” While she never won an Oscar, she did accept one, standing in for her friend and fellow “New Faces” alumna Maggie Smith in 1970, who was named best actress for her starring role in “The Prime of Miss Jean Brodie.”

Below is a zip file featuring the theme songs to some of the TV shows that Ms. Ghostley has appeared in. All themes are courtesy of Wave Themes. 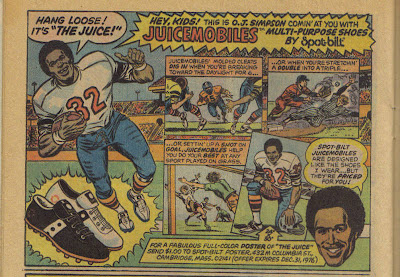 I wonder if O.J. Simpson still wears his Juicemobiles? This add is from a comic book from the mid 1970's. (click picture for a larger image)
Posted by Erick at 1:27 AM 1 comment: 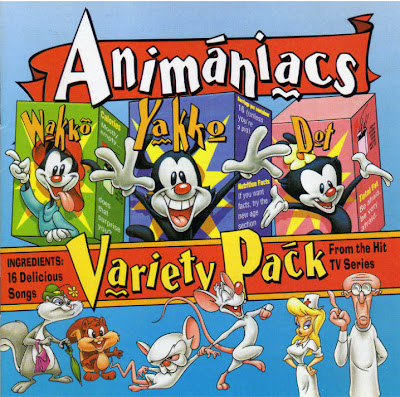 For your enjoyment, here's the OOP Animaniacs: Variety Pack from 1995. 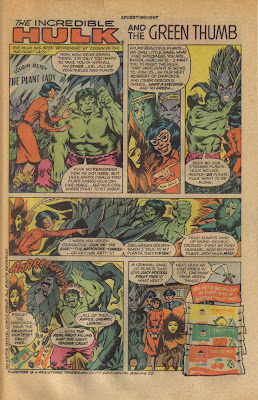 Two of my favorite subjects -- The Hulk and fruit pies! From a 1976 comic book. (Click on the picture for a larger image.)
Posted by Erick at 2:14 AM 3 comments: 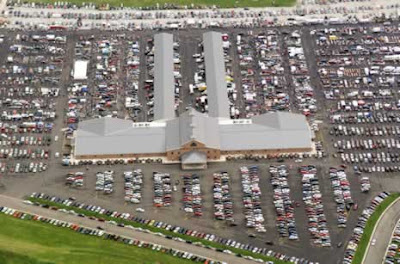 I will be selling some junk stuff at the Hartville Flea Market this Monday, September 3rd. I'm bringing tons of books, videos, comic books, trading cards, games, puzzles and whatever else I can find. If you're not doing anything on Monday, stop by and say hello. The flea market is HUGE. Located in Hartville, Ohio, it is approximately 1 hour South of Cleveland, 20 minutes South of Akron, and 20 minutes North of Canton. Click on the link above to get full directions.

"The Hartville MarketPlace is a 100,000-square-foot two-story building which houses more than 110 individually-owned shops. You can shop comfortably year-round because of the heating and air conditioning systems. You can find an array of items ranging from fresh meat, cheese and produce to t-shirts, books, furniture, candles, floral arrangements, hand-crafted jewelry and much more. There are even sports cards stores and a toy store for the kids. There is something here for all ages!

You can also enjoy a meal or snack at Sarah's Grille. They serve an array of items such as pancakes, biscuits and gravy, Hartville Kitchen soup, hand-rolled pretzels, hot dogs, burgers, ice cream and more. Sarah's Grille opens at 7 a.m. every Market day.

The new Flea Market is on more than 20 acres of blacktop, which makes for easier walking. The pavilion has a roof over head, so you can shop for bargains even in the rain. It has become one of Ohio's largest flea markets and an antique collector's paradise.

Our 68th Annual Labor Day Weekend Flea Market Special will be held on Saturday, Sept. 1 and Monday, Sept. 3 (CLOSED SUNDAY). This is usually one of our biggest weekends of the year, with hundreds of outdoor vendors and thousands of shoppers. For the best time to shop, arrive around 7 a.m. Just keep an eye on the weather! If it is nice both days, Monday will be the bigger day."

After you're done shopping, you can eat at The Hartville Kitchen --

"The Hartville Kitchen provides the best in homestyle cooking. We use only the finest ingredients. Real mashed potatoes, fresh chicken and beef, delicious vegetables, homemade dinner rolls and a selection of twenty-one pies for dessert make us a very popular destination in this area!

Step through the distinctive doorway and experience the charm of our unique restaurant. From the cordial greeting of our hostesses to our staff of friendly waitresses, everyone will make your dining experience both enjoyable and memorable. Enjoy large portions of delicious food served in our spacious 440-seat dining room..."
Posted by Erick at 10:08 PM 2 comments: