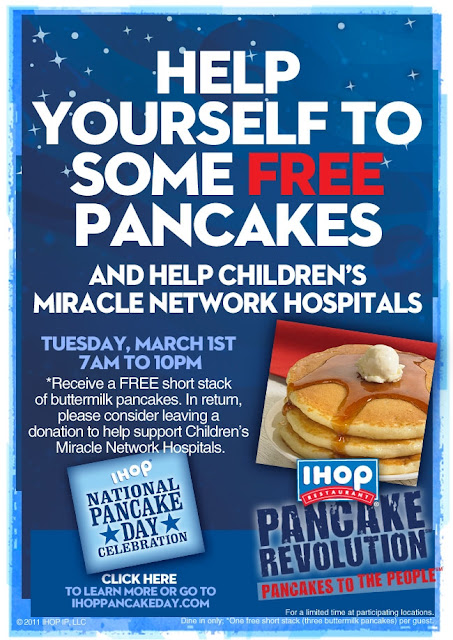 http://www.ihoppancakeday.com/
Posted by Erick at 7:48 PM No comments:

Email ThisBlogThis!Share to TwitterShare to FacebookShare to Pinterest
Labels: pancakes

It's time to vote for the Rondo Awards!

The Rondos, now in their ninth year, are fandom's only classic horror award, decided by fans, for fans, and dedicated to preserving the undying spirit of monsters past.

Every Rondo nominee is being recognized for a significant achievement in the genre during the year of 2010.

For the "Best Blog of 2010" I am endorsing Frankensteinia. Please read this post on The Drunken Severed Head blog on why you should vote for Frankensteinia. 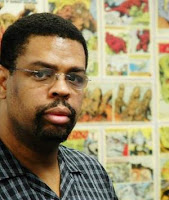 Some sad news coming out of the industry wire today, as comic book, television, and movie writer Dwayne McDuffie has reportedly died due to complications of a surgical procedure.

An accomplished comics scribe whose work often challenged racial stereotypes in the industry, McDuffie's death was first reported at Comic Book Resources this afternoon and was later confirmed by various sources in and around the industry.

Among comics fans, McDuffie is probably best known as one of the co-founders of Milestone Media, a comics line that featured people of color as some of its most popular new heroes. One of the line's featured characters, Static

, made the leap to television in 2000 as the hero of the award-winning animated series "Static Shock

McDuffie was also called upon to write for several other popular animated series, including "Justice League Unlimited

," which hit shelves today. The writer was in attendance at the "All-Star Superman" premiere last week here in New York City.

Over the years, McDuffie has maintained an active creative presence in print comics despite his work in television and movies, and has been called upon to script the comic book adventures of a long list of notable characters — as well as a long list of characters made more notable by his efforts. In addition to writing high-profile, mainstream titles like "Justice League

," McDuffie is known for bringing a tremendous level of character development to lesser-known titles like "Damage Control

Sorry, it's been three weeks since I last posted scans of this catalog. Here's Part V featuring pages 31-40. Hopefully I'll have the last 10 pages up next weekend.

I went to a tag sale today and found these figures of Fat Albert and Weird Harold for $1.00. I had most of these Fat Albert figures back in the 70s, but I think we sold them in a garage sale in the 80s. I would love to find the rest of them someday. 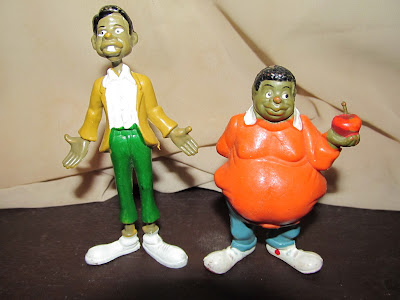 Len Lesser, the man who played the good-natured cheapskate Uncle Leo on "Seinfeld

," died on Wednesday from cancer-related pneumonia, his family said. He was 88.

Best known for his enthusiastic "hello" for his nephew Jerry and his wild eyebrows, Lesser appeared in 15 episodes of the hit 1990s NBC show.

"Heaven got a great comedian and actor today," his daughter, Michele, said in a statement. "The outpouring of sympathy we've already received has been amazing and is so greatly appreciated. Thank you to all the people who helped make my father's last journey special and surrounded with love."

" scenes include chastising Jerry for not saying hello to him when he catches his elderly uncle shoplifting a book ("You still say hello") and his constant bragging about his son, Jeffrey, who works at the Parks Department ("You should read the letters he's written").

In addition to "Seinfeld

Most recently, Lesser appeared on the ABC show "Castle

Lesser is survived by two children and three grandchildren.

My son's girlfriend likes to write mushy love poems and songs for him. So, I asked her if she'd write a poem for the blog. She agreed.

Wonderful Wonderblog is proud to present a love poem by Jordyn McAdams.

Only you can make me melt, give in and weaken
Into your arms that hold me tight, strong
But oh so gentle
And with warm hearted compassion

Happy Valentine's Day
Posted by Erick at 12:00 AM 2 comments:

From the LA Times --

Betty Garrett, a comedic actress who was a fixture in such MGM musicals as "On The Town

" and "Take Me Out to the Ballgame

," a regular on the television series "All in the Family

" and a star on Broadway and in Los Angeles theater productions, has died. She was 91.

Just last Wednesday, Garrett went to dinner with friends and afterward taught a weekly musical comedy class at Theatre West, the nonprofit theater she helped found in North Hollywood half a century ago.

"She was a woman of boundless optimism," Miles Kreuger, president of the Los Angeles-based Institute of the American Musical, told The Times on Saturday. "On the screen and on television there was just a wonderful sense of joy."

In a 2009 interview with The Times, Garrett reflected on her long career. "People say, how come you've lasted this long?" she said. "I say I think it's because all of my life I have gotten to do what I love to do."

In 1936, a family friend arranged for her to meet famed dancer Martha Graham. Graham recommended Garrett for a scholarship at the Neighborhood Playhouse in New York.

"I graduated from high school at 16 and came right to New York," Garrett later recalled.

Within a few years, she was landing roles on Broadway. She made her first big splash in "Call Me Mister," a sketch comedy revue in which she sang the hit song "South America, Take It Away

Soon, Hollywood came calling. A Metro-Goldwyn-Mayer contract drew her west in 1947, and she spent the next several years making musicals, including 1949's "Neptune's Daughter

" with Red Skelton and "On the Town

" with Gene Kelly and Frank Sinatra.

"I was in on the end of what they called the golden years," she told The Times in 1979. "I met Gable and Tracy and, of course, Gene Kelly and Sinatra. To grow up with Frank being your idol and then suddenly being his leading lady is an extraordinary fantasy lived out."

In 1944, Garrett married actor Larry Parks, who had had success onscreen in "The Jolson Story

" but whose film career ended with the Hollywood blacklist. The couple toured Britain with a vaudeville act. Parks died in 1975.

Garrett was best known on TV for her roles on two popular 1970s sitcoms, as landlady Edna Babish on "Laverne & Shirley

In recent years, she had performed a one-woman show, "Betty Garrett and Other Songs

." She appeared frequently on the Theatre West stage. Her final shows there included "Nunsense," the Los Angeles premiere of Noel Coward's "Waiting in the Wings" and a revue, "Betty Garrett, Closet Songwriter."

In addition to her son Garrett, a composer, she is survived by her son Andrew, an actor, and a granddaughter, Madison.

On Saturday night Madison performed in an opera at her high school.

"She's following in her grandmother's footsteps," Garrett Parks said of his daughter.

See the rest of them here. 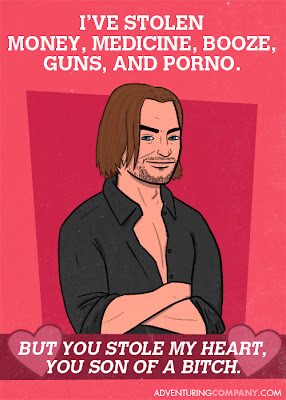 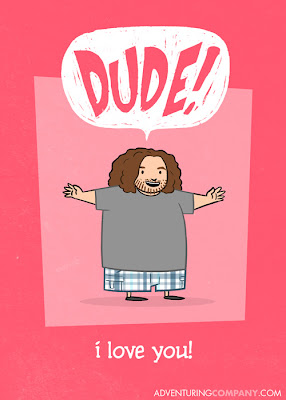 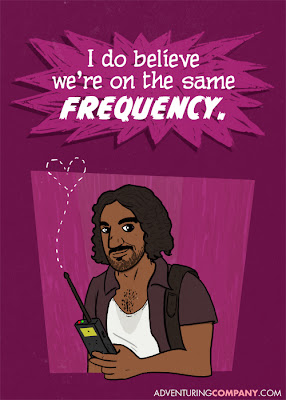 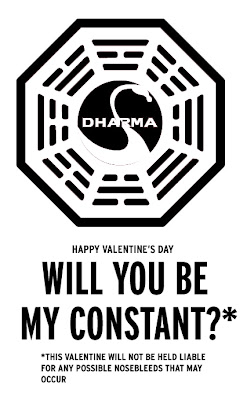 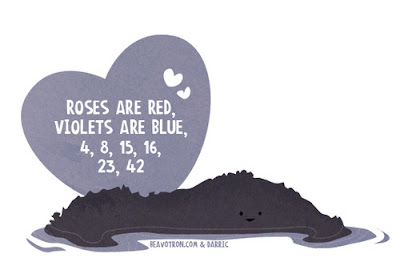