Here's something to get you in the mood for St. Patrick's Day. Click on the banner and enjoy.

Ben Chapman, who portrayed The Creature From The Black Lagoon in the land scenes, has passed away. Here's the notice from his official website (The Reel Gillman) --

Ben Chapman passed away at 12:15 am Hawaii time on Thursday, February 21 at the VA hospital in Honolulu. His health began to deteriorate February 12 and he was admitted to the hospital on February 20. His life support was turned off Wednesday around noon and his pacemaker was turned off shortly before he died. He died peacefully with his wife, Merrilee, and son, Ben Chapman III, by his side. He was 79 years old at his death. His body will be cremated and a memorial service will be held at a church near the beach in Honolulu.

I met Mr. Chapman twice. The first time was at the FrightVision convention near Cleveland in 2004. He signed this Creature poster reproduction for me (Ricou Browning, the Creature under water, also signed it). 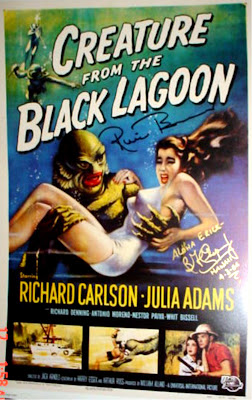 The second time I met him was at the Monster Bash convention near Pittsburgh in 2005. 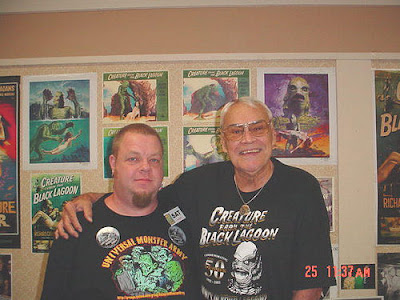 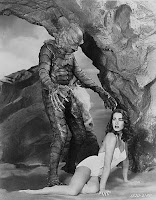 To experience a great tribute, head on over to the Universal Monster Army forums where group members are posting pictures and sharing memories of Ben. It's really amazing!

Read more about Ben at the IMDb and Wikipedia.
Posted by Erick at 9:47 AM 2 comments:

I found out yesterday from the Pop Cultue Safari blog that comic book writer Steve Gerber has passed away. Here's the story from the Comic Book Resources website --

Legendary comics writer Steve Gerber passed away on Sunday, February 10, 2008, due to complications from pulmonary fibrosis. He was 60-years-old.

Best known for his creation Howard the Duck, Gerber was responsible for many of the memorable characters of the 1970s including Omega the Unknown, Man-Thing and Shanna the She-Devil. In the last two decades, Gerber authored celebrated Marvel Comics stories including runs on “Sub-Mariner,” “Daredevil” and “Defenders.” DC Comics published Gerber’s creator-owned works “Nevada” and “Hard Time,” both of which were met with considerable critical acclaim. 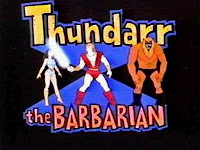 In television, Gerber was a writer and story editor on such lauded series as “The Transformers” and “G.I. Joe.” He created “Thundarr the Barbarian,” and in 1998 shared a Daytime Emmy Award for his work on “The New Batman/Superman Adventures.”

Prior to his death, Gerber was writing “Countdown to Mystery: Doctor Fate” for DC Comics.

Read more about Steve Gerber at the following sites --

Mark Evanier's News From Me

I grew up reading the Defenders, Howard the Duck and Man-Thing. He will be missed.
Posted by Erick at 1:48 PM 1 comment: 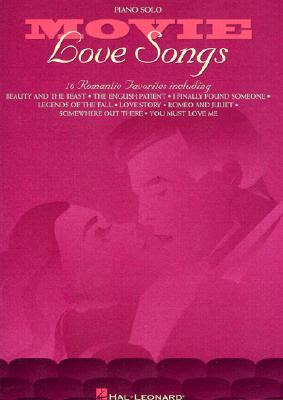 It's a week before Valentine's Day, so I thought I'd share some music to get you in the mood. I made this compilation for my wife in 2006. The track listing for this comp comes from a book (pictured above) that we used to sell at my previous job in a music store.

1. Beauty And The Beast from BEAUTY AND THE BEAST - Celine Dion & Peabo Bryson
2. Can You Feel The Love Tonight from THE LION KING - Elton John
3. The English Patient from THE ENGLISH PATIENT - Academy Of St. Martin In The Fields
4. Love Theme from THE GODFATHER - Nino Rota
5. I Finally Found Someone from THE MIRROR HAS TWO FACES - Barbra Streisand & Bryan Adams
6. If I Never Knew You (Love Theme from POCAHONTAS) - Jon Secada & Shanice
7. If We Hold On Tonight from THE LAND BEFORE TIME - Diana Ross
8. Legends Of The Fall from LEGENDS OF THE FALL - James Horner
9. Theme from LOVE STORY - Francis Lai
10. Remember Me This Way from CASPER - Jordan Hill
11. Love Theme from ROMEO & JULIET - Nino Rota
12. Rose from TITANIC - James Horner
13. Somewhere Out There from AN AMERICAN TAIL - Linda Ronsdadt & James Ingram
14. When I Fall In Love from SLEEPLESS IN SEATTLE - Celine Dion & Clive Griffin
15. A Whole New World (Aladdin's Theme) from ALADDIN - Peabo Bryson & Regina Bell
16. You Must Love Me from EVITA - Madonna

Description: MySpace Exclusive: The guys behind the outrageously funny Scary Movie franchise have used their own ‘special powers’ to spoof superhero movies. In theaters March 28.

Add to My Profile More Videos
Posted by Erick at 10:55 AM 1 comment: 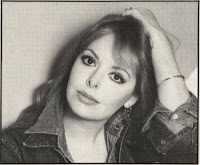 TMZ.com has reported that actress Shell Kepler passed away on Feb. 1. She is best known as nurse Amy Vining on General Hospital (she played the part from 1979 until 2002).

Being a teenager in the early 80's, I was into many things. Star Wars, classic monsters, KISS, Marvel Comics and GENERAL HOSPITAL! I watched it after school every day. Luke, Laura, Robert Scorpio, Anna Devane, Duke Lavery, Noah Drake, Frisco & Felicia, Blackie, Frank Smith, The Cassidines, The Quartermaines, The Ice Princess and nurse Amy Vining. She never seemed to have a very big storyline, but she was always there for over 20 years.

Read more about Shell Kepler on IMDb and Wikipedia.

Below is a small tribute to Shell. It features the theme songs from TV shows that she starred or guest-starred in and the 1981 novelty song "General Hospi-Tale" by The Afternoon Delights.

Here is a YouTube clip from a 1983 episode of General Hospital featuring Amy, Lesley and Rick. Video uploaded by pxlbarrel (who has posted 466 GH videos).