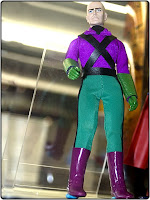 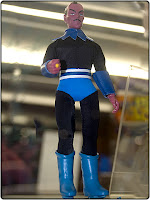 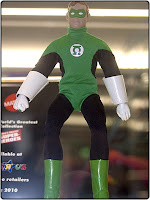 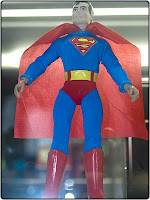 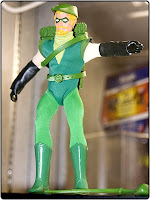 This may be old news to some, but if you haven't heard NEW MEGO'S ARE COMING!

Announced at the San Diego Comic-Con, EMCE Toys has partnered with Mattel to produce a new line of "DC World's Greatest Super-Heroes." Green Arrow will be an exclusive at MattyCollector.com. Wave One includes Superman, Lex Luthor, Hal Jordan Green Lantern and Sinestro. They will be available at Toys 'R Us before Easter 2010.

The above prototype pictures are from the World's Greatest Toys blog. Check out the link for more photos and details.

You can also read the original thread at the Mego Museum where the news was first announced.
Posted by Erick at 7:25 PM 1 comment:

This trailer looks pretty cool. I loved the original TRON. For more info check out disney.com/TRON. 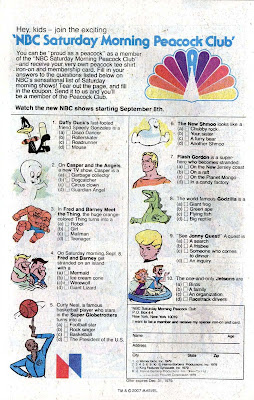 This comic book ad is from 1979. Did anybody actually tear out this page and join the club?

By the way, July 18 was the third anniversary of the Wonderful Wonderblog. How time flies.
Posted by Erick at 4:36 PM 3 comments:

I'm a huge fan of the TV show LOST. It sucks that we have to wait until early 2010 to see the final season.

I happened to catch an old episode on the Sci-Fi channel a couple of weeks ago. It was the one where Dr. Arzt "blew up". It was so unexpected and hilarious!

Here's part of his bio from Lostpedia --

Dr. Leslie Arzt was a middle section survivor of Oceanic Flight 815. He was a science teacher who managed to discover many new species of insects and arachnids, including the Medusa spider, but was killed on the Island while handling dynamite on Day 44.

Arzt (played by Daniel Roebuck) only appeared in five episodes, but they were very memorable.


The first five seasons of LOST are available on Amazon.com -- 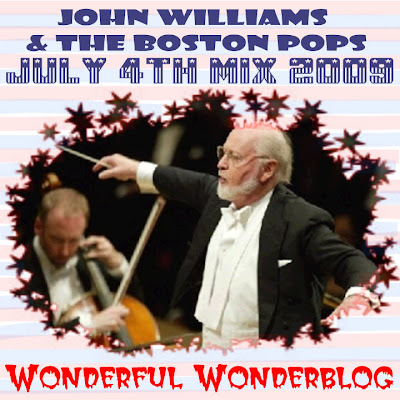 Just like I did for Halloween, here's a compilation of patriotic tunes from John Williams & The Boston Pops.

1. Fanfare for the Common Man
2. Washington Post March
3. America, the Dream Goes On
4. America (America Medley)
5. Battle Hymn of the Republic
6. American Salute
7. America the Beautiful
8. Liberty Fanfare
9. This Land is Your Land
10. 76 Trombones
11. Stars and Stripes Forever
12. Strike Up the Band
13. When the Saints go Marchin' In

--> John Williams & the Boston Pops July 4th Mix <-- Click here to see my past July 4th posts, including more music you can download for your holiday celebrations.

Also, check out Music You (Possibly) Won't Hear Anyplace Else for his 78s for a Fourth of July mood and Happy Fourth!!.
Posted by Erick at 9:08 AM 2 comments: 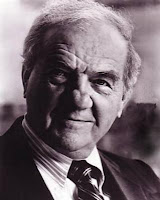 Karl Malden, one of Hollywood's strongest and most versatile supporting actors, who won an Oscar playing his Broadway-originated role as Mitch in "A Streetcar Named Desire," died today. He was 97.

Malden starred in the 1970s TV series "The Streets of San Francisco" and was the longtime American Express traveler's-check spokesman, warning travelers to not leave home without it. He died of natural causes at his home in Brentwood, said his daughter Mila Doerner.

Read the rest of the story here.