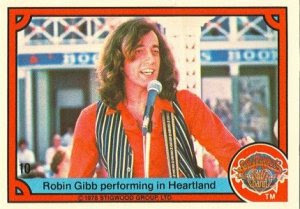 Robin Gibb, one-third of the Bee Gees, died Sunday after a long battle with cancer, his spokesperson has confirmed via a statement. Gibb was 62 years old.

"The family of Robin Gibb, of the Bee Gees, announce with great sadness that Robin passed away today following his long battle with cancer and intestinal surgery," reads the statement. "The family have asked that their privacy is respected at this very difficult time."

Two years ago, Gibb battled colon and liver cancer, but despite making what he called a "spectacular recovery," a secondary tumor recently developed, complicated by a case of pneumonia.

Gibb was born in Manchester, England, in 1949, along with twin brother Maurice. (Maurice died in 2003 of complications from a twisted intestine; eerily, Robin had surgery for the same medical issue in 2010.) Along with their older brother Barry, the brothers began harmonizing as a trio in Australia, where the family moved in 1958. Although the Bee Gees had some success in Australia – they hosted a weekly variety show there – they didn't truly arrive until they returned to England and signed with manager Robert Stigwood. Robin's quivering, vulnerable voice was featured prominently on several of the group's earliest and most Beatles-esque hits, including "New York Mining Disaster 1941," "I Started a Joke," "Massachusetts," and "I've Gotta Get a Message to You."

Although he looked and sounded like the meekest Bee Gee, Robin grew into the family rebel. By 1969, he and Barry were feuding over whose song should be singles, and Robin, then 20, was declared a "ward of the state" by their father when his drinking and partying seemed to take over his life. "It happened so fast that we lost communication between us," Gibb later recalled. "It was just madness, really."

But it also Robin who, in 1971, made the first call to Barry to reunite with his brothers. Robin's solo career had stalled, and Barry and Maurice's attempts to continue as the Bee Gees as a duo had floundered as well. "If we hadn't been related, we would probably have never gotten back together," Robin said at the time. Robin's voice was heard, beautifully, on the chorus of their minor 1972 hit "Run to Me."

The Bee Gees' massive second wind arrived with their proto disco hit, "Jive Talkin'," in 1975; two years later, their contributions to Saturday Night Fever made them bigger stars than ever. Most of the hits from that era featured Barry's falsetto voice, but the brothers' vocal blend remained an indelible apart of their sound.

The group entered another fallow period during the early Eighties, although during this time, Robin produced a semi-hit album by Jimmy Ruffin, brother of the Temptations' David Ruffin. The last Bee Gees album, This Is Where I Came In, was released in 2001. Two years later, Maurice died, and with his passing the Bee Gees ended. (Their other, younger brother Andy died in 1988.)

Robin and Barry reunited periodically – in 2010, they made an appearance on American Idol and inducted ABBA into the Rock and Roll Hall of Fame – and talked about a duo tour, but nothing materialized. Robin, though, kept his hand in music. With his son Robin-John, he wrote an ambitious piece, The Titanic Requiem, a mix of orchestral and vocal pieces telling the story of the doomed liner on the 100th anniversary of its sinking. "It's a serious subject and it's not a rock opera," Gibb said before its debut. "There are no backbeats. This could have been written 300 years ago."

Featuring the Royal Philharmonic Orchestra, the work had its world premiere in London on April 10th. But in a sign that Gibb's health had taken a turn for the worse, he wasn't able to attend. Ironically, next week's episode of Glee will include covers of Bee Gees songs from Saturday Night Fever.
Posted by Erick at 7:05 PM No comments:

First off, if you haven't seen The Avengers, go see it now! It's frickin awesome!

And now onto the cards...

I bought a hobby box of The Avengers Assemble trading cards by Upper Deck. It has a huge base set. 176 cards recapping Iron Man, The Incredible Hulk, Iron Man 2, Thor, Captain America and The Avengers. My box had 131 of the 176 cards plus two doubles. I also got 10 of the 36 Classic Covers cards, 2 of the 9 Concept Series cards and 12 of the 60 Heroes and Villains cards. The "big hits" in my box were a hand-drawn sketch card of the Red Skull by Joe Hogan and two memorabilia cards. The memorabilia cards feature pieces of costume used in the production of The Avengers movie. I got a single memorabilia card with Thor and a trio memorabilia card with Hawkeye, Nick Fury and Maria Hill. I'm pretty happy with what I got in my box, my only wish is that I would have gotten a Hulk sketch. 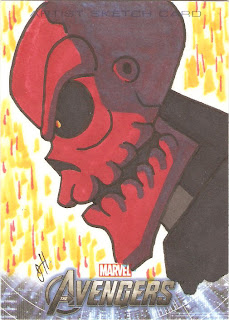 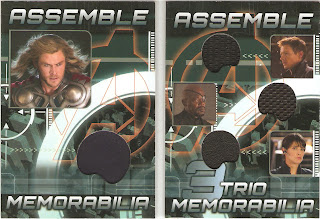 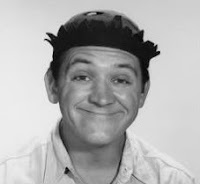 George Lindsey, best remembered for his role of Goober Pyle – cousin of Gomer Pyle – on CBS's rural sitcom The Andy Griffith Show, died Sunday morning in Nashville, where he lived, after a lengthy hospitalization, reports The Tennessean. He was 83.

Andy Griffith, 85, said in a statement that accompanied the Lindsay family's announcement of the death, "George Lindsey was my friend. I had great respect for his talent and his human spirit."

Griffith also said the two often spoke by phone. "Our last conversation was a few days ago. We would talk about our health, how much we missed our friends who passed before us and usually about something funny. I am happy to say that as we found ourselves in our 80s, we were not afraid to say, 'I love you.' That was the last thing George and I had to say to each other. 'I love you.' "

An Alabama native who was raised by his grandparents, Lindsey got the acting bug at 14 when he saw a performance of the musical Oklahoma!. He was a school athlete who also displayed a sharp sense of humor, and he went to college to become a teacher, according to the Tennessean.

While in the Air Force stationed in Orlando, Fla., he met and, in 1955, married Joyanne Herbert, and they had two children. The marriage lasted until 1991.

Before his long TV career, which also included another comic stint on CBS's Hee Haw, Lindsey studied acting in New York and played in stage productions there.

May The 4th Be With You!

Today is officially Star Wars Day! To celebrate, check out these rare behind-the-scenes photos from the original trilogy, courtesy of The Chive. Here's a few of my favorites -- 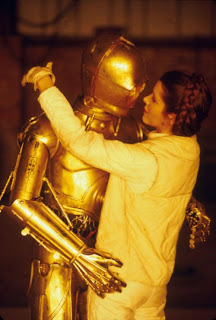 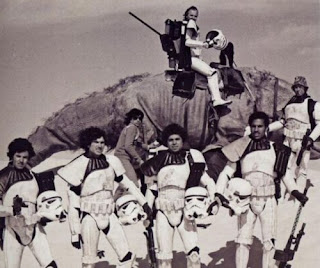 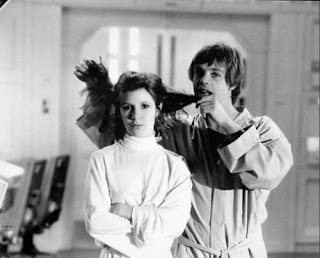 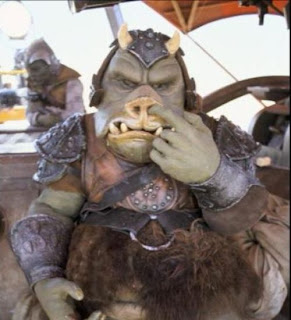 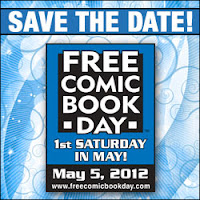 This Saturday (May 5) is Free Comic Book Day! Check out the FCBD website to find a participating store near you.

I usually go to three local comic shops for my free books. But this year only two of them are participating. My main comic shop decided not to join in this year. Instead, they are renting a local movie theater on Tuesday and giving a free showing of The Avengers for all of there faithful customers. Unfortunately I can't attend. I have to go to bed early for work the next day. Stupid work :(